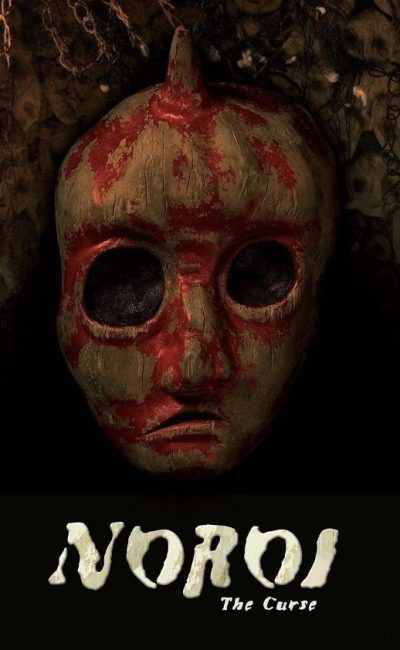 Welcome to day five of our KOween 31 days of Halloween feature. We are reviewing a horror movie a day for the entirety of October 2022 leading up to Halloween. These reviews will be shorter and more straight to the point than my standard format. We will feature a range of movies from horror classics to international hits and a few indie darlings. You can check out the entire KO-Ween feature by clicking right here.

Today we are going back to the Found Footage well to take a look at the 2005 J-Horror phenomenon that is Noroi: The Curse. My partner and I are big J-Horror fans and have watched many of the big hitters from the 2000s. We actually caught Noroi back when it was pretty hard to find and relatively unheard of in the west. It has since caught on massively in the USA and Europe and for good reason. Let’s take a look.

Noroi follows paranormal researcher Masafumi Kobayashi, played by Jin Muraki, as he investigates the legend of the demon Kagutaba. A girl named Kana, played by Rio Kanno, features in a variety television program testing the psychic abilities of a group of children. Kana’s powers stand head and shoulders above the rest of the participants. She correctly predicts and draws numerous images hidden in tubes and manifests water into a container.

Not long after appearing on the show, Kobayashi visits the parents of Kana. They express concerns that she has been acting strangely since the show. She has been talking to someone who isn’t there and suffering from a fever. Suddenly, and without explanation, Kana goes missing.

Around the same time Kana goes missing, actor Marika Matsumoto (playing a version of herself) partakes in a TV show. She claims to have a sixth sense and visits a shrine with two TV presenters. While there she senses something sinister and becomes hysterical. She later takes part in a talk show where a guest, another psychic called Mitsuo Hori, played by Satoru Jitsunashi, frantically jumps on her warning her of the pigeons.

The Search for Kana and Kagutaba

Kobayashi interviews Marika and she claims she has been subconsciously drawing strange patterns. Kobayashi plays back a clip of her on the paranormal investigation show. In the background, shortly before she became hysterical, there is a ghostly figure of what looks like a boy. This seems to confirm Marika’s sense that there was something at the shrine.

Searching for answers on Kana’s disappearance, Kobayashi decides to visit Hori, the psychic that attacked Marika. While there, Hori breaks down screaming that the worms took Kana. Hori rips a flier from Kobayashi’s bag that had been taken from Kana’s home. Sensing something from the flier, Hori frantically draws a map. The map depicts a parking lot and a blue house. Determined to find the location, Kobayashi heads off but, before Kobayashi leaves, Hori mentions the name Kagutaba.

Needing further answers, Kobayashi returns to Marika. While sleeping, Marika has been subconsciously making patterned loops out of wires and yarn. Kobayashi sets up cameras to monitor Marika while she sleeps. While watching back the tapes, he hears the words Kagutaba. Believing there is some link, Kobayashi sets out to try and find out what Kagutaba is and its connection to Kana’s disappearance.

Noroi is one of the best examples of how good the Found Footage horror genre can be. Many found footage movies have potential but few realise it in the way Noroi does. Director Kōji Shiraishi expertly blends horror with a documentary style presentation to create something that is both believable and terrifying.

This is something that the vast majority of found footage horror movies aim to do but completely fail at. Found footage should be believable while still maintaining the elements that make a horror movie a horror movie. The presentation should be exactly how it would be if a real life documentary crew captured the events in real life.

Movies such as Noroi, The Blair Witch Project, and Lake Mungo stand out because they actually believe in the story they are telling. As far as believability goes, Noroi is pretty much top of the pack. Everything in Noroi is presented as if it happened and with minimal special effects. The result is a movie that stays with you long after you have finished watching.

Noroi: The Curse is a slave to its pacing, for better or for worse. Noroi feels absolutely no rush to tell its story. Luckily, it is a compelling story that will have you glued to the screen wondering what will happen next. It is worth mentioning, despite this, that people with no tolerance for slow burn horror will likely want to give this a miss.

Clocking in at a pretty insane 1 hour and 55 minutes, Noroi features few scares. Indeed, the entire movie feels as though it is holding it all back until its final, post credits, ending. There are very few actual attempts to make the viewer jump. Noroi focuses far more on weaving together a story that digs into your psyche and makes you feel genuinely uncomfortable.

That’s not to say that Noroi isn’t scary; far from it, in fact. The entire premise of the movie is scary in itself and some of the characters are plain unsettling. Hori is so well acted that you honestly believe he is suffering from severe mental trauma. Every scene featuring him, and a few other characters, has you on edge.

Noroi also features one of the most fantastic, and creepy, horror endings in the entire found footage genre. Some have called it one of the scariest endings in horror history and, while I don’t agree, it does stay with you. Watch it in a dark room with the sound up. When found footage is this effective it is easy to understand why so many people chose to make movies in this style.

Acting in Noroi is absolutely fantastic. Kobayashi, played by Jin Muraki, is excellent and totally believable. Found Footage always needs a strong lead to carry the plot and Kobayashi fits the bill perfectly. He acts as a vessel for the viewers confusion and surprise as the events of the movie unfold. There is no real exposition here so we find out what is going on at the same time as Kobayashi does.

It’s worth pointing out here that Noroi does not consist purely of found footage. Some of the footage comes from TV shows, chat shows, and variety shows. This makes for a great change of pace and helps separate Noroi from other similar found footage movies. One of these TV shows introduces us to Marika Matsumoto who is a well known Japanese actor playing an alternate version of herself. Marika plays an excellent and likeable role that is used mainly for some degree of explanation as to what is going on with other characters.

A sentiment shared by many viewers of Noroi!

Hori, as mentioned above, played by Satoru Jitsunashi, puts in an intense and believable performance as a tormented psychic. Hori’s constant ticks and erratic behaviour keep you on edge in every scene he is in. Nobody in Noroi puts in a bad performance and it just adds to the authenticity of the whole thing.

It has to be mentioned as this is a found footage. Noroi features a ton of shaky cam footage. It is not like this throughout but there are a number of scenes where things get a little crazy. I think this is somewhat deliberate to create a sense of chaos but it can be off putting. Some people feel nauseous easily when it comes to this type of camera work. Noroi is likely to bring about those feelings if you are sensitive to that.

Noroi also features abrupt transitions from shot to shot. Again, this is likely deliberate but, on a second watch, I found it a bit jarring. Transitions are not at all smooth and it gives a somewhat cheap feeling to the editing. I wouldn’t be surprised if this was deliberate but I would have preferred a few fades rather than constant cut to black screen type transitions.

Special effects have not aged well. Although used sparsely, the scenes featuring special effects are nearly always less impactful than scenes that don’t feature them. This is often a problem with found footage. The presentation is so realistic that anything that isn’t right there on the screen stands out. It’s not a major issue, though, and just a minor knock on an otherwise great movie.

Noroi: The Curse is one of the best Found Footage horror movies around and, indeed, a fantastic horror movie in its own right. Featuring a compelling story that digs deep into your brain and refuses to leave, Noroi is unsettling and terrifically affecting.

The incredibly slow pace and long runtime may turn a few viewers off but the fascinating story keeps you glued to your screen. Noroi features one of the scariest endings in modern horror and is sure to stick with you long after watching.

Fantastic acting keeps the entire experience thoroughly believable. The amateur cinematography style, despite some nauseating shaky cam, helps keep the unsettling atmosphere almost palpable for the entire near 2 hour length. If you haven't seen Noroi: The Curse yet and you enjoy slow burn, realistic horror, do yourself a favour, grab a spare pair of pants and go and watch it. 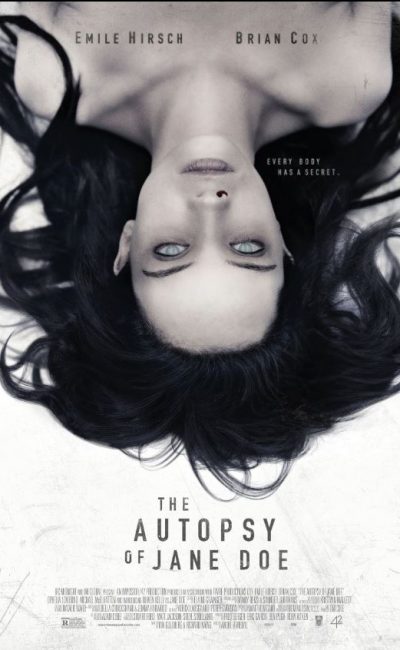 The Autopsy of Jane Doe – Review 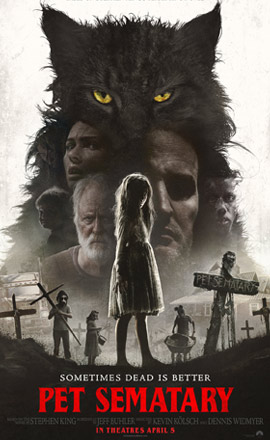 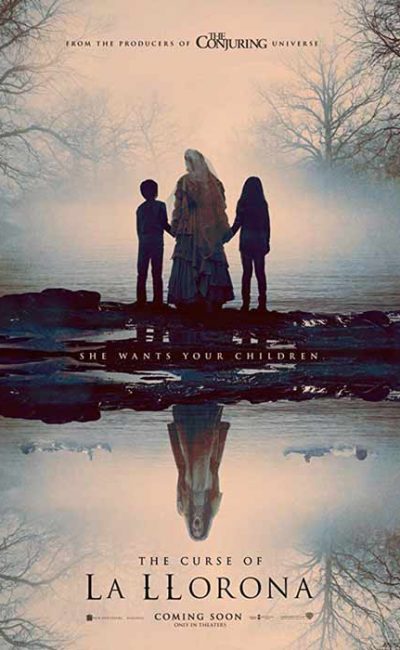 The Curse of La Llorona – Review 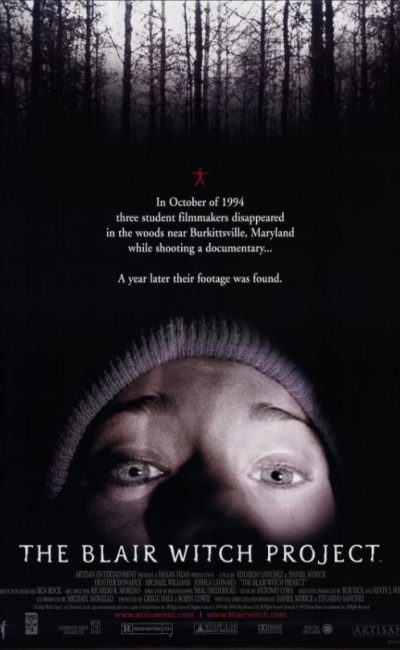 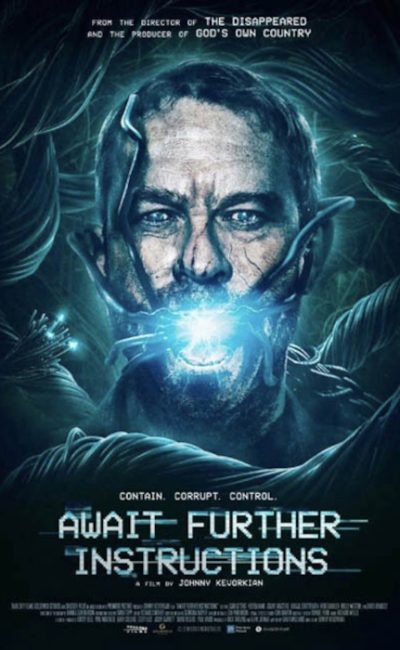