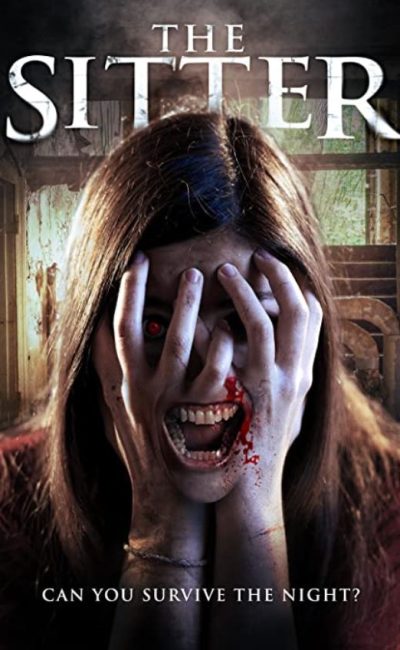 Welcome to a new series of quick fire reviews. I have wanted to do this for awhile now. I tend to go pretty in depth with my reviews. They frequently run over 2,000 words. The truth of the matter is, some movies simply don’t deserve that. That’s where these quick fire reviews come in.

Movies that I feel don’t deserve full reviews will be written in this shorter format. I will set a strict goal of 1,000 words or less (not including this opening). I may also use this format for older movies as well. Things that have been around forever. Things I don’t feel there is much new to say about. With that in mind, let’s get on with our first quick fire review.

Today’s movie, as you may have guessed. Is pretty fucking awful. The Sitter is a horror with more alternate titles than reasons to praise it. Also known as Charlotte Wakes and The Darkness Wakes. This English Horror movie represents the directional debut of Simon Richardson. Richardson also wrote and produced. If that isn’t the three horsemen of the shite horror apocalypse. I don’t know what is.

The crazy thing is, this movie actually starts out quite promising. Our protagonist, Charlotte, is hired to cat watch by an eccentric older couple. Naturally they own an enormous house in the middle of nowhere. Incidentally, this movie was filmed in an actual Oxfordshire haunted house. The crew lived there for two weeks to get the feel of the place. Did they lose the script while they were there?

Anyway. The kooky couple leave and Charlotte checks out the house. We have all of the typical, obligatory, creepy rooms. A wine cellar with no light. A forbidden room belonging to a long dead son. A back door that must stay bolted. It is fairly standard stuff but is quite promising. Charlotte roams around the place showering and making food. It isn’t long before she begins to feel like she is being watched.

And That’s Where The Problems Start

From here on out it is all downhill. Charlotte wakes up sweating, haunted by dreams of some strange creature. Encounters with an odd man in the woods give her cause for concern. A friend’s visit offers a small amount of respite. It’s soon back to wandering the house. Hearing strange noises and having bizarre dreams. The dreams involve her being fondled and assaulted, naked, by a strange creature. Funnily enough, these scenes are extremely reminiscent of Under The Skin. The Sitter often seems to aim to outright copy rather than pay tribute. 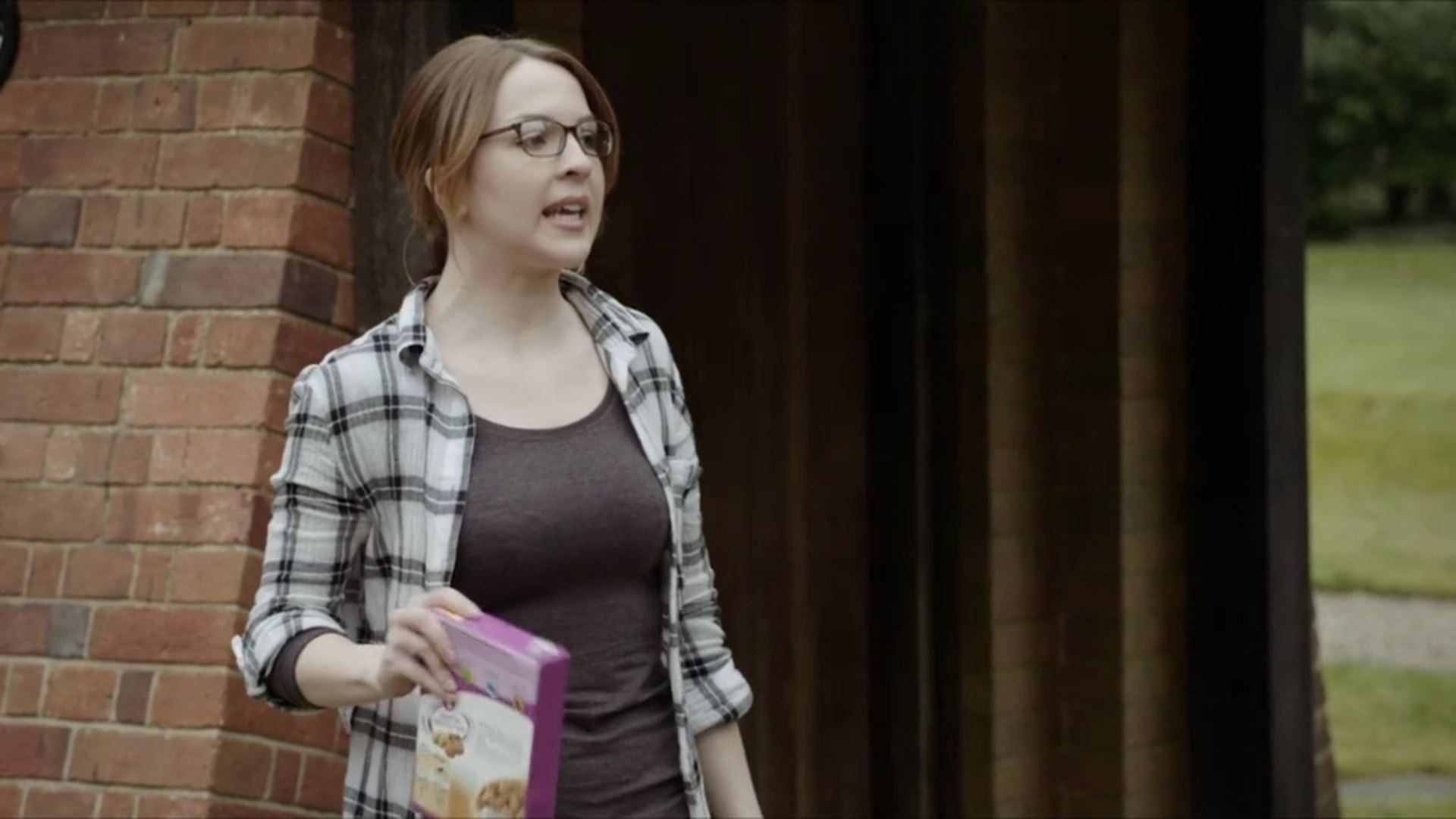 Similarities between this movie and House of the Devil punch you in the face. Scenes featuring Charlotte pressing a few keys on the piano. Followed shortly by her taking a piss feel too familiar to be coincidence. The later parts of the movie pay further “tribute”. It is extremely obvious where some of this film’s inspiration lies. What a shame it doesn’t do it justice.

Not At All Tense or Scary

The Sitter (Darkness Wakes) is utterly devoid of scares. What starts as a promising horror movie focusing on a vulnerable girl in a scary house. Quickly loses its way and becomes a messy, directionless, collection of bizarre events. Richardson is completely incapable of utilising this fantastic location to create effective horror. Instead, he opts for nightmare sequences and minor jump scares.

Scenes featuring Charlotte bathing are absent of reasons to feel tense. A protracted runtime leads you to feeling exhausted. False scare after false scare create a sense of weariness. It quickly becomes boring. The strange behaviour of the people around Charlotte suddenly feels less deliberate. It is apparent that Richardson didn’t know what to do with the characters. Instead of introducing them in a relevant and significant manner. He has them stumbling into the road and breaking in to smell Charlotte’s underwear. 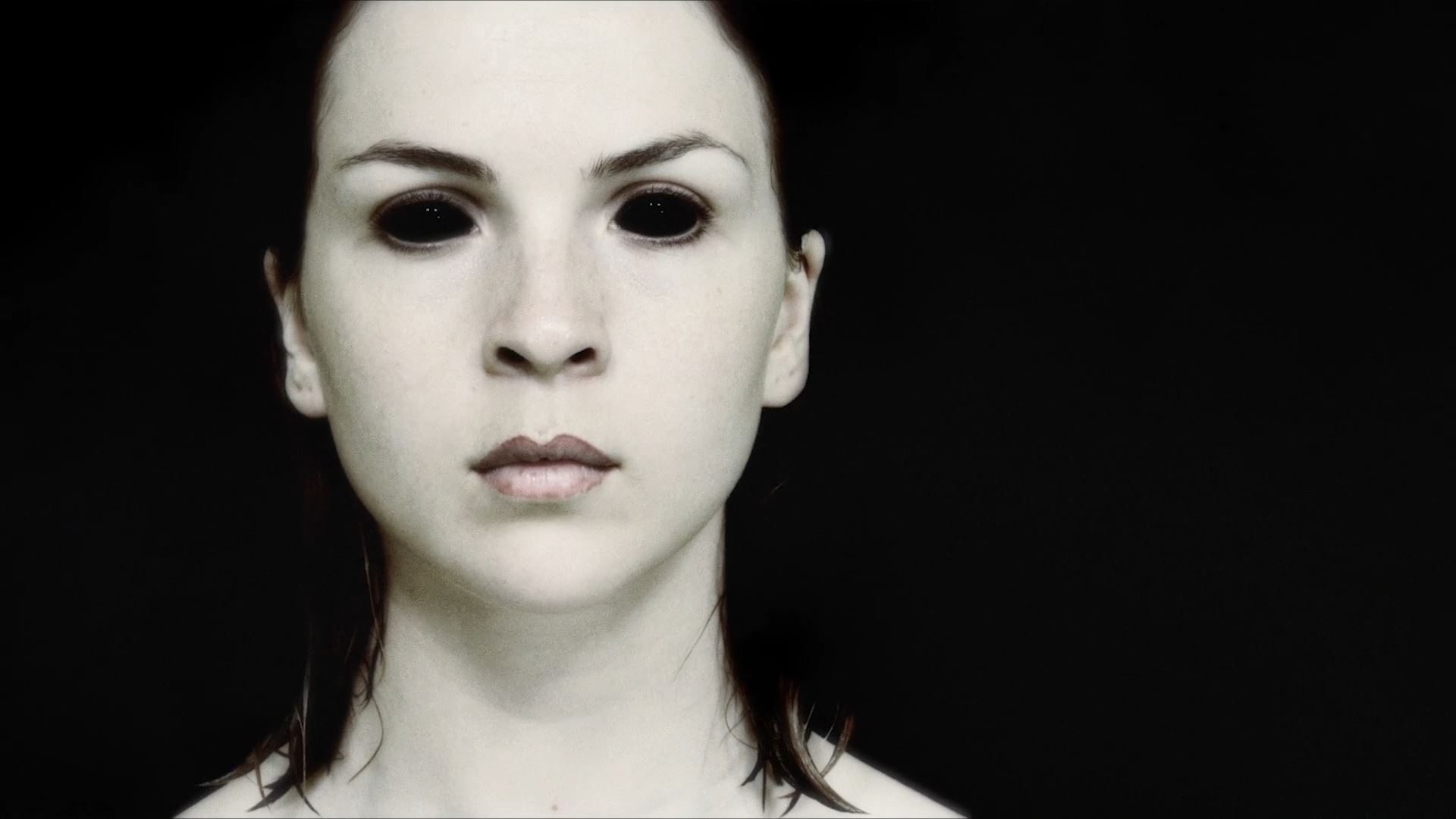 The culmination of this is an ending that you likely won’t give two shits about. Again, paying “homage” (re: stealing) from House of the Devil. The ending features terrible creature design and an even worse final scene. Still, you will be relieved it is over so that’s something. This is a 97 minute long film and it feels every second of it. It is a real chore to get through.

The sad thing is. This movie really wastes a committed and effective performance by Aisling Knight. As Charlotte, she is fantastic. Genuinely likeable, it is very easy to root for her. She has believable reactions, portrays emotion well and buys into the project 100%. She even commits fully to the scenes featuring full frontal nudity. Something which this film defaults to a number of times. I really believe nudity has its place in horror. Especially in movies where a character is being watched. It adds tons to the suspense and makes the character feel very vulnerable. I can’t help but feel that wasn’t the case here, though. I feel as though Knight was asked to do the scenes purely for viewer titillation. The trailer is even more indicative of this. It is a montage of scenes of her in various states of undress.

If you ask me, I can only assume that Richardson realised this wasn’t going well. Scratched out a couple of scenes and asked Aisling to get naked to prop the movie up. Seeing that her career in movies didn’t really flourish after this. I can’t help but feel sorry for her. I honestly hope she didn’t feel pressured into doing it. Imagine giving your all to a film like this. Probably getting paid virtually nothing. Getting your kit off and it not even leading to further work. Poor woman! 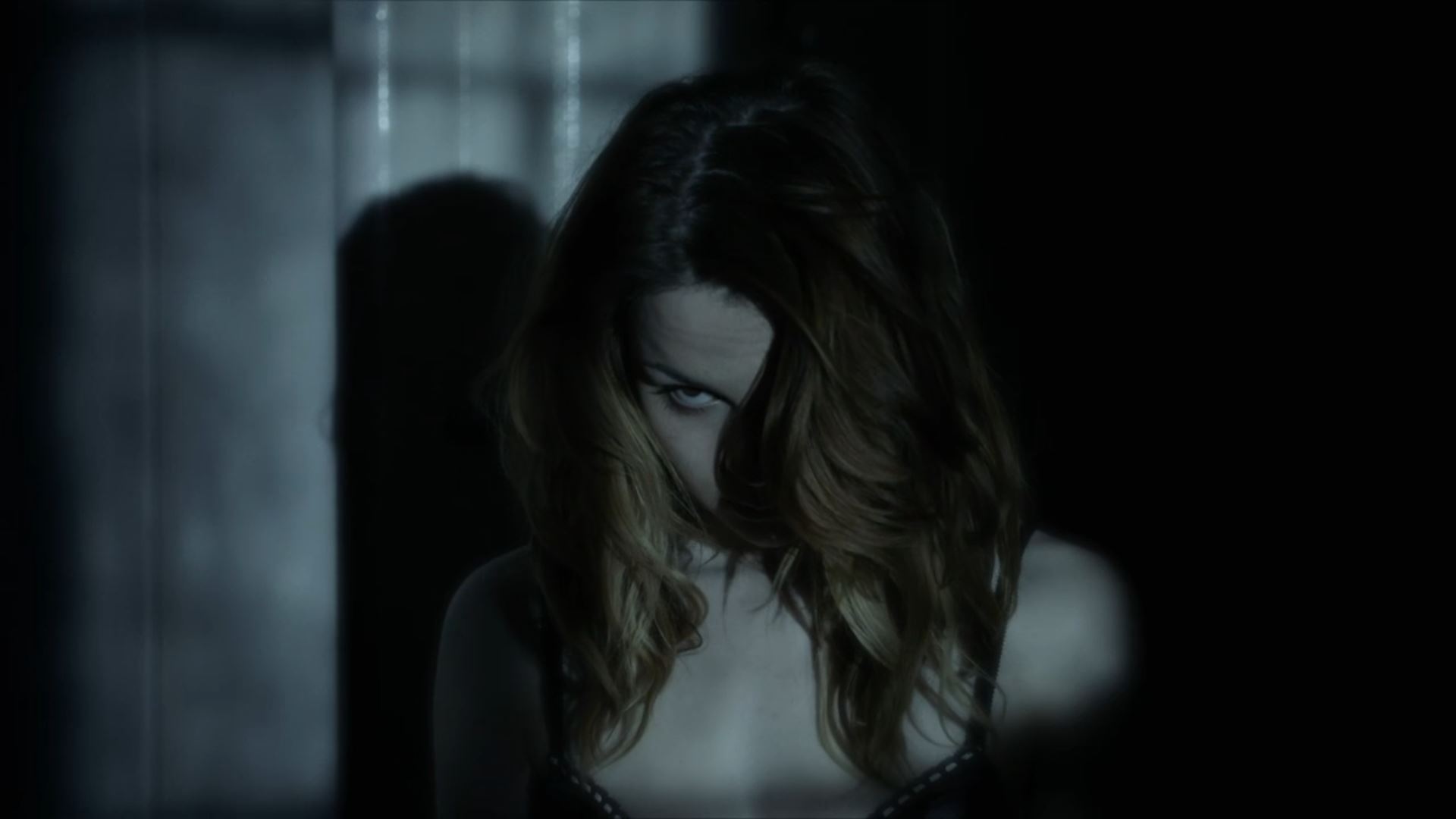 Literally everyone else in this movie is awful. What seems like a deliberately quirky performance by Richard Kilgour. Quickly starts to feel like he actually can’t act. Side characters are horribly hammy and rob the movie of any seriousness. Bjorn Franklin feels particularly out of place as Charlotte’s boyfriend. A sex scene between the pair is nauseating. Loud kissing noises will have you desperately reaching for the remote. From one misophonia sufferer to another… Beware.

This film's tagline is "Can you survive the night?". The real question should be whether you can survive the 97 minute length. This is just a movie that is not at all worth your time. A plot that is full of holes is not supported by scares or even a tense atmosphere. The location is completely wasted. The script is lacking and the direction poor. It doesn't look particularly low budget. That doesn't help to offset its many other issues, though.

I applaud Aisling Knight's performance. Maybe give the film a look for that. She is great. If you are expecting to be scared, spooked, or even entertained. Look elsewhere. House of the Devil is a good place to start. 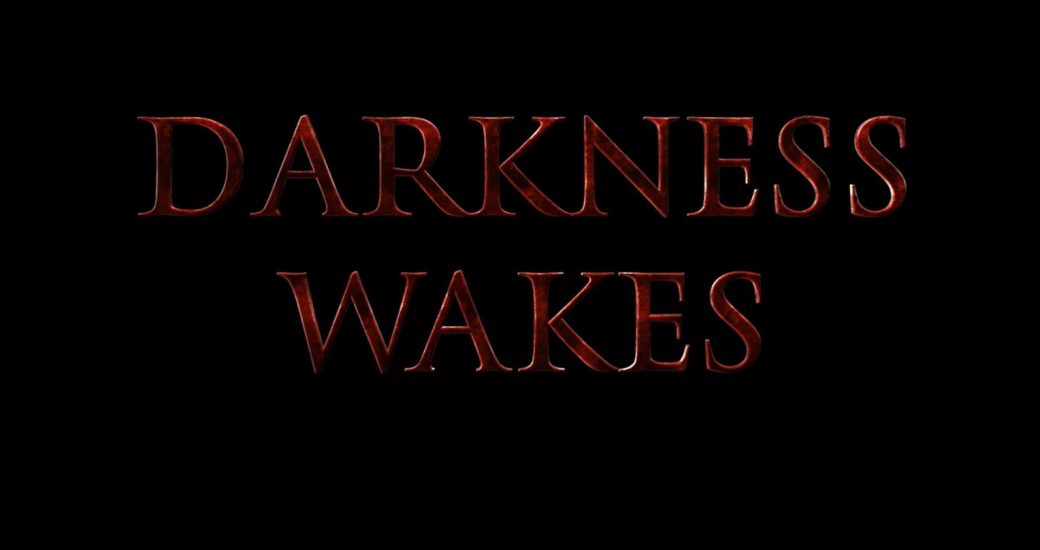 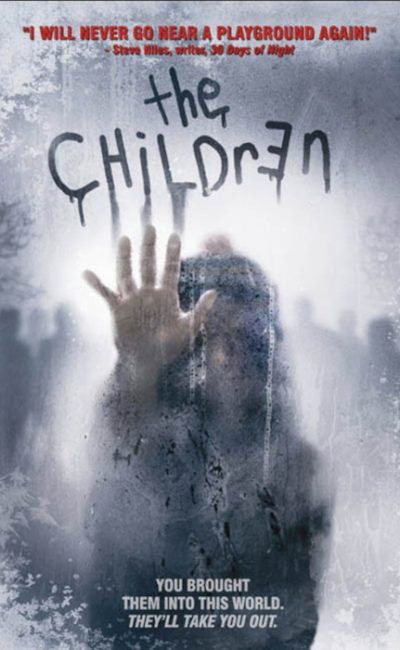 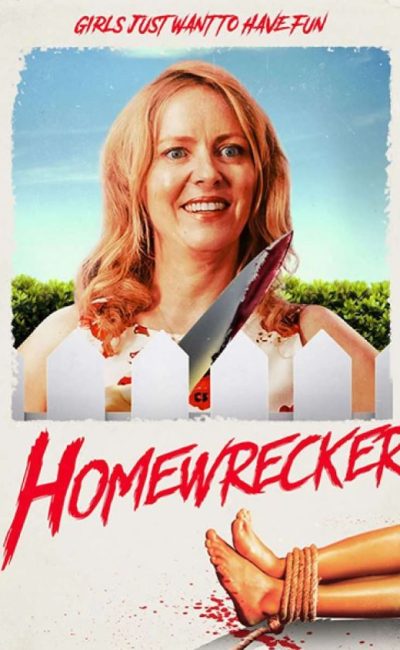 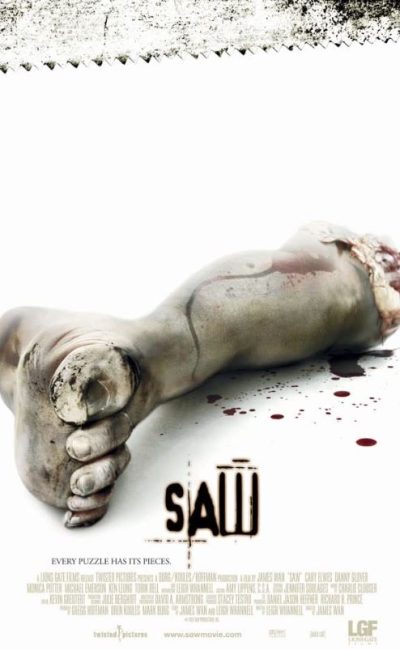 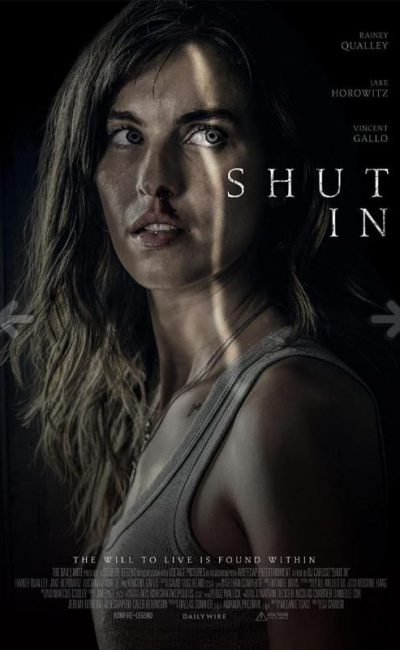 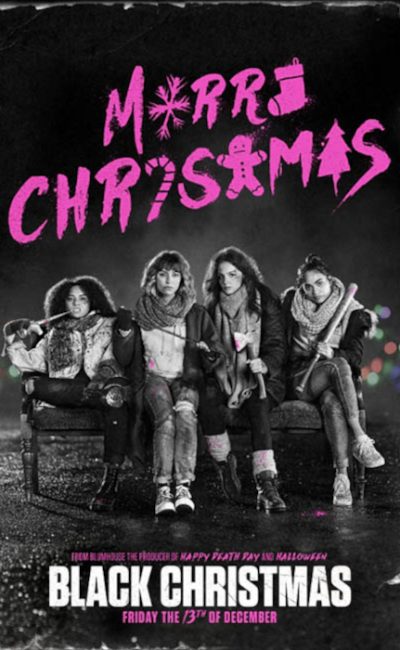