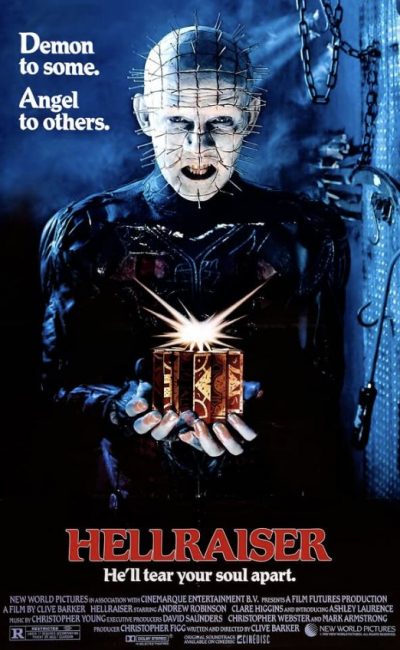 It’s day 9 of our KOween 31 Days of Halloween feature and we are heading back to the 80s with Clive Barker’s Hellraiser. Bucking the trend of slasher movies, Clive Barker’s tale of demonic beings, sadomasochism and murder was drastically different for the time. One of my favourite 80’s horror movies, Hellraiser is not for everyone. Its slow pace and family drama was unusual for the time. How does it hold up today? Let’s take a look.

We kick off Hellraiser with Frank Cotton, played by Sean Chapman, purchasing a puzzle box from a dealer in Morocco. The puzzle box is said to unlock a portal to another world. Returning to his house, Frank completes the puzzle in his attic. Hooked chains emerge out of nowhere and tear Frank to pieces.

Frank’s brother Larry, played by Andrew Robinson, and his wife Julia, played by Clare Higgins, move into Frank’s now abandoned house. Larry wants to work on their marriage not knowing that Julia had a sexual affair with Frank in the past. The couple have been having difficulties and Larry thinks they can rebuild in a stable environment.

The reality is that the house actually brings back memories of the sordid affair Julia had with Frank. She spends time reminiscing about sexual encounters with him and fantasising about being with him. Frank’s stuff is still present in the house and it is clear he was here at some point.

Something in the Attic

Larry, when moving furniture, badly cuts his hand. The blood drips onto the attic floor. Frank, due to the blood, is resurrected in the attic. He is skinless and barely able to move but is able to talk. Julia goes up to the attic and sees Frank on the floor. Initially shocked, Frank explains to her how demons, called the Cenobites, emerged from the puzzle box and tortured him with extreme sadomasochistic acts.

Some of the makeup and practical effects are incredible

Frank needs Julia to bring him people to consume. If he can consume enough bodies, he will get his full body back. Julia, horrified at first, eventually agrees to bring victims for Frank. Frank begins to restore his body but an encounter with Larry’s daughter Kirsty, played by Ashley Laurence, brings the Cenobites back to retrieve what escaped them.

A Different Kind of Horror

As mentioned earlier, Hellraiser was a very different kind of horror movie for the late 80s. There had been a ton of slashers throughout the 80s. The rinse and repeat formula meant that directors were unwilling to take risks. Then, in 1987, along came Clive Barker with a movie about sadomasochistic, otherworldly, demons, no single antagonist, and a family drama element. Hellraiser feels very different from other movies from the time.

Hellraiser’s focus on Larry and Julia’s failing marriage as well as their sometimes awkward relationship with Kirsty is strange for a horror. In fact, even today, it is a bit of an odd backbone for a tale about demons. The story, however, is fairly deep and does a good job of making Hellraiser stand out from the horror pack. The plot actually feels well developed and the characters somewhat complex. It’s easy to get invested in the characters and that keeps the movie chugging along at a nice pace.

Hellraiser feels a lot more serious than many of the other horror movies from the same era. It is dark and brooding with a sense of grimness and malice that permeates the entire film. There is no humour here and some of the scenes are absolutely brutal. From Julia bringing sacrifices to Frank, right up to every scene featuring the Cenobites. Hellraiser wants to make the viewer uncomfortable. It does this in many ways from horrible violence to uncomfortable sex scenes. Let’s not forget that having a terrifying group of demons hell bent on causing pain as the main antagonists is another great way of creating unease.

Hellraiser features a very interesting cast. Not so much the human members but the Cenobites themselves. Frank, played in human form by Sean Chapman and monster form by Oliver Smith, seems to be an utterly awful person. This awfulness rubs off on Julia who is cheating on her husband with Frank. Her lust for Frank turns her into a monster of sorts herself. It’s hard not to feel bad for Larry in his desperation to make his marriage work.

Kirsty is a likeable protagonist who is easy to root for

Kirsty is a particularly likeable character and it is easy to root for her. The Cenobites are a menacing group and you genuinely fear for the nicer characters that interact with them. They are purely intent on causing pain. They are rule bound, however, and there is an element of fairness to what they do. This makes them, in some ways, something of an antihero.

Acting in Hellraiser is generally great. Andrew Robinson, one of the only American actors in the cast, is likeable and sympathetic as Larry. It’s not at all hard to feel sorry for him as Julia becomes more and more distant. Clare Higgins is fantastic as Julia. She does a great job of portraying a woman under the spell of an awful man.

Ashley Laurence is, perhaps, the only cheerful character in the movie so she makes for a breath of fresh air. She does a great job and is easy to like. She plays a massive part in the progression of the story and her scenes with the Cenobites are very well acted. Special mention has to go to Oliver Smith who performed as Frank the Monster. He must have spent an ungodly amount of time in makeup and he comes across as horribly demented.

Obviously the show stealer is Doug Bradley as Pinhead. Pinhead is the thing most people remember from Hellraiser and he is horribly menacing. Fantastic line delivery coupled with, what must have been, a gruelling makeup routine combine to create a true horror icon. All of the Cenobites are suitably terrifying and well performed.

The lead Cenobite, or Pinhead as he is more commonly known, played by Doug Bradley is the voice of the Cenobites. As any horror fan will know, he became absolutely iconic and is almost instantly recognisable. He is, most definitely, a character that propelled Hellraiser into the public psyche. The other Cenobites are no less scary, however. Chattering Cenobite, in particular, is incredibly freaky. They are all a fantastic example of practical effects and makeup that you don’t see nearly as much anymore.

Hellraiser has produced some amazing, iconic, quotes to go along with Pinhead. “We’ll Tear Your Soul Apart” is something I had heard way before I ever watched Hellraiser. Frank’s cry of “Jesus Wept” was an inspired suggestion by Larry’s actor Andrew Robinson. Every scene featuring the Cenobites is utterly quotable and that’s something that helps Hellraiser stay so memorable.

Some Not So Good Parts

Hellraiser is something of a divisive movie. Some high profile reviewers hated it upon its release back in 1987. This is understandable. It is a grim movie with a distinct feeling of hopelessness. It was also very different to other horror movies at the time. It’s almost as if there is a desire to entertain the viewer without actually entertaining the viewer. You are not supposed to be laughing or smiling watching this movie and that may put some people off. It could be described as somewhat messy due to it’s two distinct sets of bad guys. Frank and Julia in one corner and the Cenobites in the other.

It is worth pointing out, as well, that the camera work is, at times, pretty shoddy. The film features dubbing to Americanise some of the characters due to the setting being changed from England to America. This is noticeable and awkward. There are scenes toward the end of the movie where the filmmakers ran out of money and had to animate special effects themselves. Apparently Clive Barker and “some Greek guy” did it together while drinking heavily over the span of a weekend. It sounds like a great way to spend a Saturday but these parts look absolutely terrible. They heavily take away from the amazing practical effects and look worse and worse as time goes on. Still more realistic than Marvel movie’s CG though.

The story of Hellraiser is, also, very self contained and doesn’t roam far beyond the initial location. This is a family drama with some murder and kinky demons spliced in. It doesn’t try to be anything else and this may bore a few viewers. It is a fantastic movie, however, despite these flaws and well worth a watch for horror fans.

Hellraiser is a fantastic, dark and brooding horror from the mind of master scary movie maker Clive Barker. Featuring a fantastic cast and an unforgettable group of demonic creatures, Hellraiser has earned its place in the public's psyche.

A standout performance from Doug Bradley as the iconic Pinhead stays with you and the sadistic nature of the Cenobites keeps you on edge for the entire movie. Some shoddy camerawork and terrible, hand drawn, special effects take some of the attention away from what is an incredible example of makeup and practical effects. The heavy family related drama elements may put some traditional horror fans off, as may the slow pacing. But Hellraiser is a truly fantastic, disturbing horror movie from one of the horror genre's greatest minds. 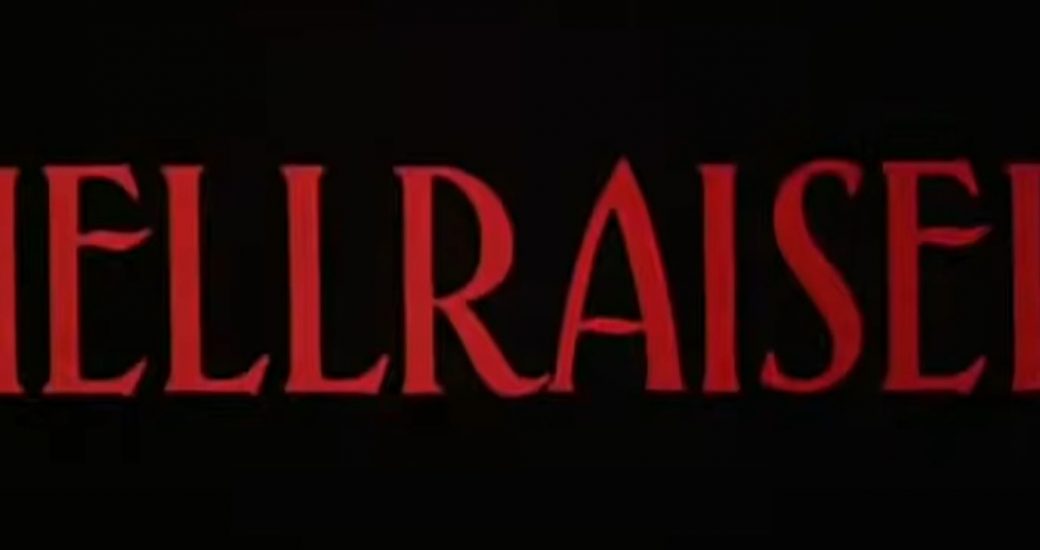 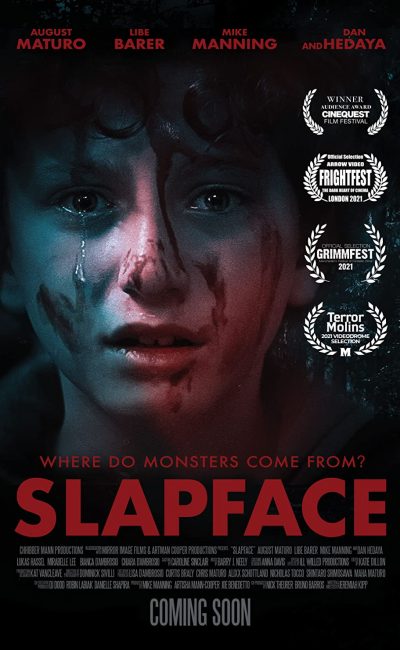 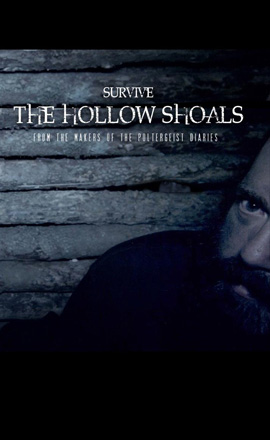 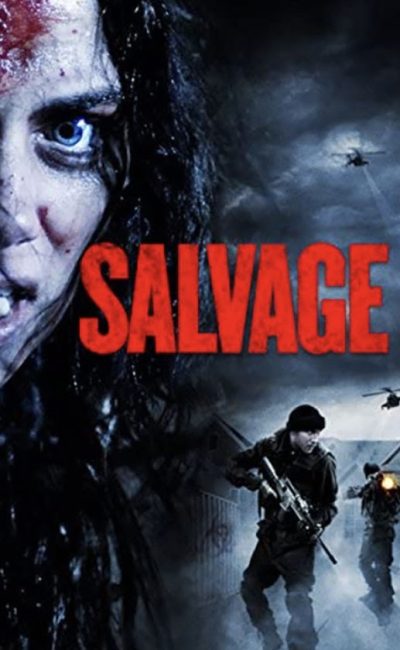 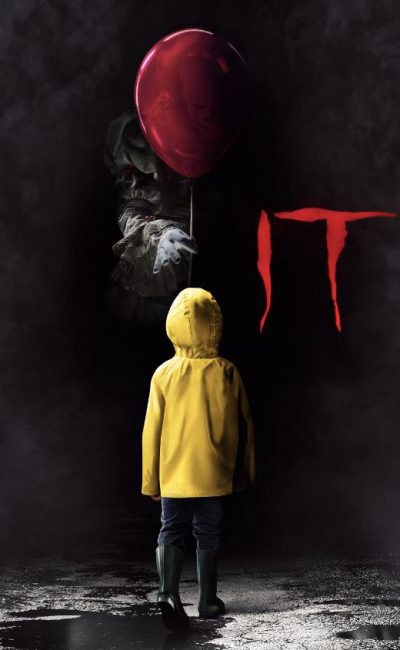 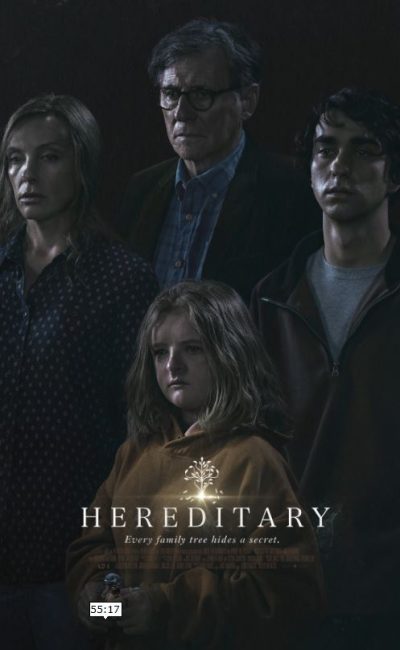