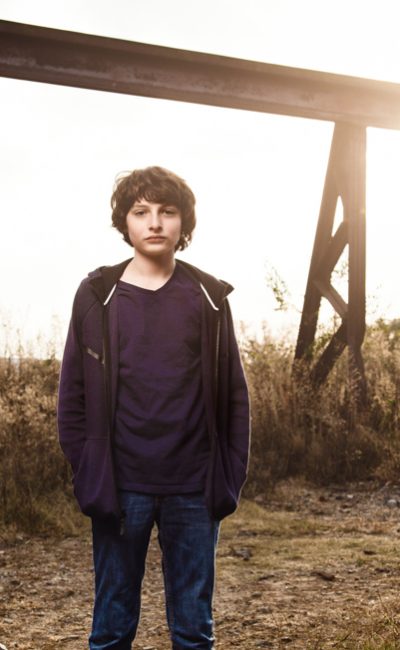 Finn Wolfhard was born in Vancouver, Canada, where he is now in high school. He has always had a laser focus on continuously growing as an actor, all the way back from the time that he saw his first movie (thank you Sam Raimi’s Spider-Man (2002)!). Following that pivotal life event, Finn went to work, and gathered prime time network TV guest roles (The 100, Supernatural), independent film (Aftermath, The Resurrection), and Shakespeare (Bard on the Beach) credits. He broke out playing Mike in the Netflix science fiction drama [link-tt4574334], before venturing to film success in playing Richie Tozier in the blockbuster horror phenomenon It (2017). His upcoming roles include the drama Dog Days (2018) and the horror film The Turning (2020). Outside of acting, Finn loves shredding the bass and guitar. During the moments Finn is not on set, in school, memorizing lines or jamming with friends, he spends his time hanging out with with his awesome family and pets.