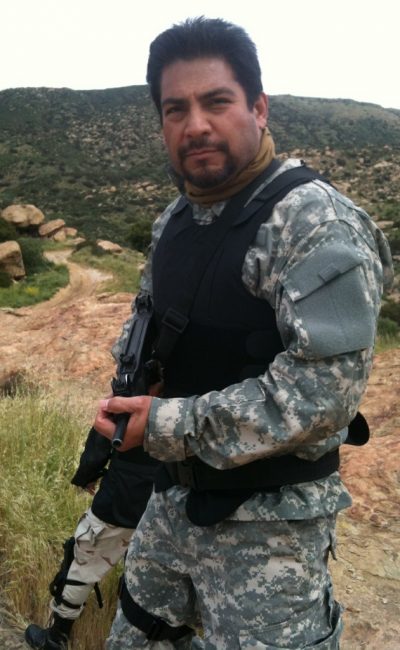 Eddie Fernandez is a Latino stuntman in Hollywood. Eddie started off in the stunt business in 1981 in his hometown of Chicago. He spent his earlier years honing his martial arts, wrestling and motocross skills, among others, which would eventually lead him into his chosen profession, stunt work. Eddie was ready to try or do anything adventurous, and that resulted in 1981 to his being on the set of Cannon Films’ The Naked Face (1984). His vast knowledge on big budget film and television has provided expertise in various areas of stunt performing from fights to fire burns. Fernandez was one of the lead doubles on “Backdraft,” where his extensive fire work helped make the project one of the most notorious fire films of all time. His skills in stunt driving, wire work, fight choreography and fire burns has made him a valuable asset on over 300 productions. Fernandez is also an accomplished actor appearing in films such as “22 Jump Street, Silver Linings Playbook, Limitless and Crash.”